Refugees with Disabilities Overlooked and Underserved in Greece

Refugees with Disabilities Overlooked and Underserved in Greece

aema_country
Greece
0
No votes yet 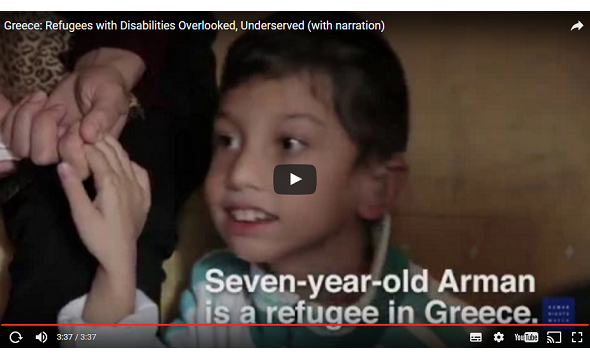 “People with disabilities are being overlooked in getting basic services, even though they are among the refugees and migrants most at-risk”

The European Union has provided significant funding to operate the centers on the Greek eastern Aegean islands, known as “hotspots,” and camps on the mainland. But asylum seekers and other migrants with disabilities have particular difficulties getting basic services such as shelter, sanitation, and medical care.

Read the full article and watch the video on the HRW website.