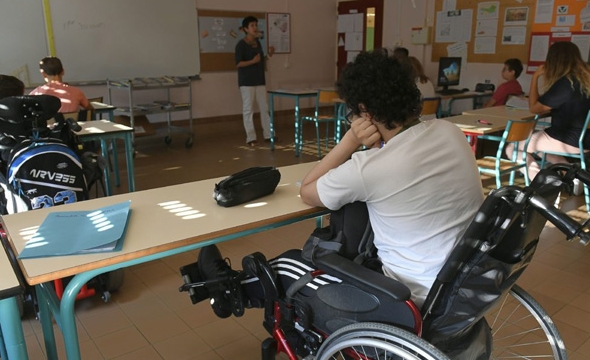 Sweeping new EU rules on accessibility are on the slow track

A new law requiring all products and services sold in the EU to be made accessible for disabled people has become ensnared in the bloc’s institutional machinery, leading human rights groups to complain that national governments are trying to weaken it.

The Accessibility Act — a sprawling directive that would affect up to 80 million Europeans with disabilities and require changes to everything from train platforms to mobile phones — was proposed by the European Commission in January. But fighting over the scope of the law, and even over the definition of what constitutes a disability, has delayed any real progress in getting it adopted.

Technical experts sent by EU governments have met 10 times since the beginning of the year but have made little progress on the draft law.

The goal was “lowering administrative and financial burden” of the act’s requirements. “While in principle there is collective goodwill, some member states believe that the different elements of this file should be tackled through a sectoral approach rather than holistically,” said Michael Farrugia, Malta’s minister for the family and social solidarity.

Meanwhile MEPs are openly criticizing governments for trying to water down the legislation, even though the assembly’s internal market committee has itself yet to move beyond initial discussions.

A debate scheduled for October 11 in the committee was postponed to November, pushing back the timetable into the middle of next year.

“The Council is not really moving as far as we would like,” said Dita Charanzová, a Czech MEP who led negotiations on a similar proposal that introduced accessibility requirements for public sector websites. “It’s a real shame.”

Keep up to date with the latest news from the AEMA network.